Wines of elegance, distinction and style 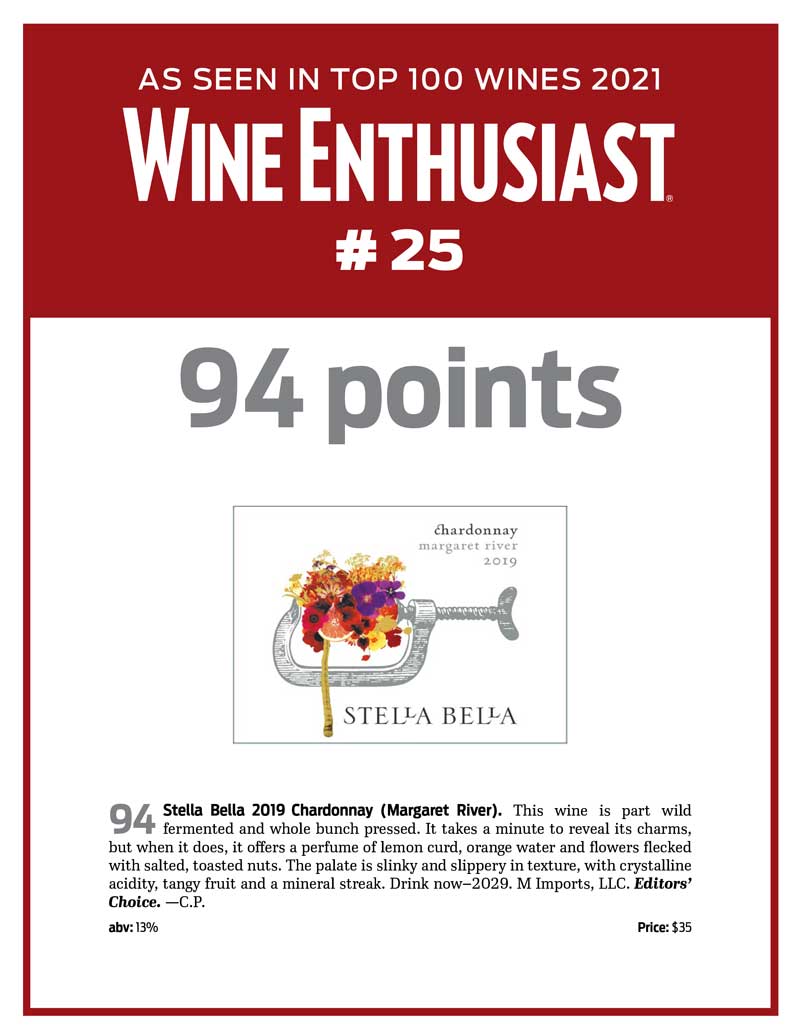 This wine is part wild fermented and whole bunch pressed. It takes a minute to reveal its charms, but when it does, it offers a perfume of lemon curd, orange water and flowers flecked with salted, toasted nuts. The palate is slinky and slippery in texture, with crystalline acidity, tangy fruit and a mineral streak. Drink now–2029.
--Christina Pickard
>>View Sellsheet (PDF)
>>View on winemag.com

Videos from Our Wineries

I t ain't easy being green. It ain't easy being Vinho Verde—the so-called "green wine" of Portugal—either. Why not? The name is charming, but it can be a little confusing to consumers, since "green" merely alludes to the wine's young age and not its color. In fact, Vinho Verde—whether white, red, or rosé—is intended to be youthful and consumed soon after bottling.

Some Vinhos Verdes have a slight fizz, while others are full-on sparkling. And unlike wines whose names identify their varietal or geographic origin, the term Vinho Verde doesn't necessarily give you any sense of what's in the bottle. The wine is produced in Minho, Portugal's largest wine region (in the northeastern part of the country), and can be made from a half-dozen different grapes, so it's not a shock that a tasting of Vinho Verde can literally be all over the place.

The full gamut of possibilities was on display when I sampled 26 bottles recently, the majority of which were white, the most prolific Vinho Verde option. Alvarinho, the Portuguese version of Spain's Albariño, is the grape producers most commonly use. The characteristic linking all the wines I tasted is a tartness that ranges from fresh and delightful to downright bracing. I'm not going to lie: A couple of them baffled me. But six hit their mark well, though in characteristically very different ways. Four of those winners cost no more than $13, putting Vinho Verde smack-dab in the middle of a wallet-friendly zone—as long as you pick carefully.

In the wine world, it's the producer that matters most. Don't sweat vintages or even grapes, and certainly not details such as how much a wine was oaked. Pay attention to the folks making it. Generally, if they know what they're doing with one bottle, they will do so across grapes and years.

For instance, the people running Afros, a quinta (winery) held by the same family since the 17th century, are quite adept at sparkling wines. Afros Sparkling Loureiro Reserve 2007 ($22)—a white with a surprising amount of age on it, given the verde youth theme—transports you on the nose to a flowering apricot tree and has a distinct elderflower character. At $22, this Vinho Verde is on the pricey side, but Afros' wines really stood out for me. The winery's red sparkler, Afros Vinho Verde Sparkling Vinhão Reserve 2006 ($22), is a tart cranberry fizz bomb that I would drink in place of a Lambrusco, and with something medium-spicy, like Chicken in Mole, Puebla Style. Overall, the whites from this region are more successful, so consider this bottle the exception that proves the rule.

Another estate that produced two fine bottles, both clocking in at the very nice price of $13, is Quinta de Gomariz. The best wine in the entire tasting was Quinta de Gomariz Vinho Verde QG Loureiro 2011 ($13), a white wine with an intense middle palate of ripe mango and a nice medium-length finish leading to fresh citrus flavors. Work the fruit angle with a food pairing such as Mango and Shrimp Wraps.

Nothing says summer like watermelon and roses, and I found both notes in the winery's other entry, Quinta de Gomariz Vinho Verde QG Espadeiro 2011 ($13). This rosé is the color of a pale orange sunrise, and I think it has the acidity to work as a good salad pairing, too, especially with Watermelon and Tomato and Mint Salad.

Quintas das Arcas Arca Nova Branco Vinho Verde 2011 ($10) is doing a good impression of a Riesling. There's a light peach note, and it's very bright and crisp. Why not give this wine a try alongside a bowl of Classic Andalusian Gazpacho?

Certainly the value-of-the-month award goes to Hera Vinho Verde Branco 2011 ($8), perhaps the least expensive wine I have recommended in this column to date. It has the slightest effervescence and hints of tart blood orange. While delicate in body, it also means business. Contrast it with a medium-sweet dessert like Three Grape Sorbets and sit back in a comfy patio chair. That's the taste of summer.

Have you tried Vinho Verde? Red, white, or rosé, and what did you serve with it? Hit me up on Twitter @LoosLips or @epicurious on Twitter.

Ted Loos, a former editor of Wine Spectator, has written about wine for Bon Appétit, Decanter, Town & Country, and many other publications. He also covers design and the arts for The New York Times, Vogue, and Architectural Digest, among others. Follow him on Twitter: @LoosLips